Welcome! It looks like you’re using Internet Explorer 11. This browser has been retired by Microsoft and is not able to support our website’s unique features and animations.

For the best experience, we recommend using a fully supported browser like Microsoft Edge, Google Chrome or Mozilla Firefox. Or, you can view our legacy website here.
Got it 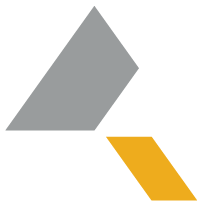 The Evolution of Technology Within the Workplace (Part I of II) 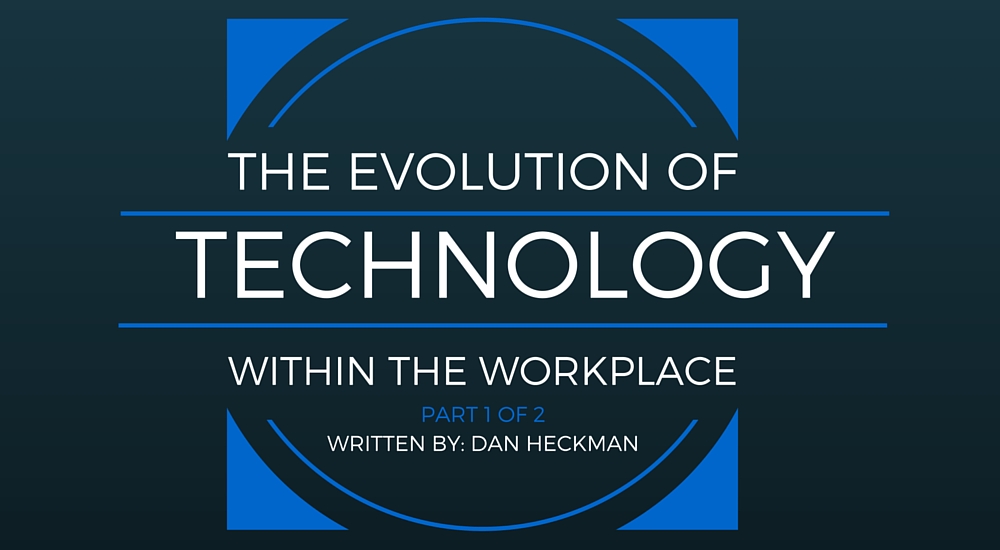 It’s been many years now that the corporate industry has been imagining, talking over, predicting, and in some cases, executing the Workplace of the Future. Some companies started as long as 15 years ago and others are just thinking about it today. Well, the Workplace of the Future is no longer something we are looking ahead to, it’s here. Now it’s simply Workplace Strategy. Research shows over and over again that with the rapid pace of Baby Boomers retiring and Millennials joining the workforce, it’s evident that a massive change is upon us.

For those who are starting to visualize their Workplace Strategy, here is a bit of history as it pertains to the execution of technology within the workplace:

Today, and in the future, it’s time (and necessary) to build-out the pervasive technologies that encompass the Workplace Strategy. In the words of the late, great NFL head coach George Allen, “The Future is Now.” If you’re waiting for the future to come, it’s too late, because the future has already come and gone. In fact, it’s happened multiple times.The next installment of this series will publish on June 2nd. 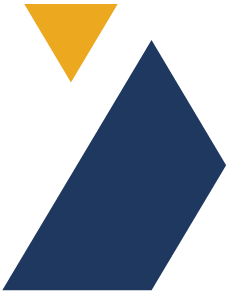 The Evolution of Technology Within the Workplace (Part II of II) 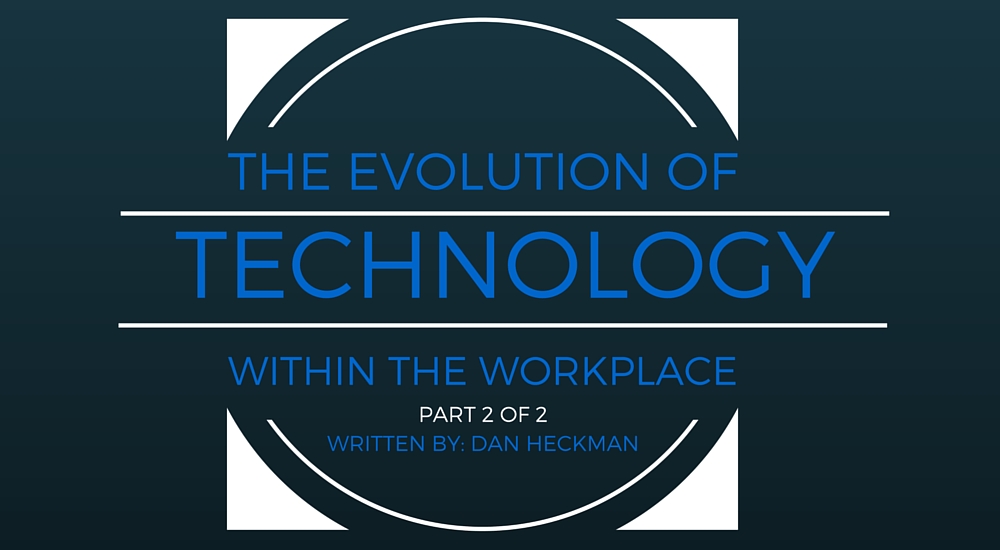 Bridge the Gap Between CRE & IT